In 2018, Pinecastle Records released the Lorraine Jordan & Carolina Road album, “Country Grass,” that would forever change the relationship between bluegrass and country music. In fact, it would marry them into a beautiful collaboration that legions of fans can’t get enough of. The bluegrass chart-toppers teamed with some of the biggest country artists of all-time, including Crystal Gayle, Lee Greenwood, Jim Ed Brown, Lynn Anderson, The Kentucky Headhunters, T.G. Sheppard, Eddy Raven, John Anderson and John Conlee, to give some of their favorite country classics a new and unique, bluegrass twist. In addition, joining the impressive line-up are country and bluegrass singers Kelly Lang, Jesse Keith Whitley, Marty Raybon and Ronnie Reno.

Tracks included in this special collection are the #1 Billboard hits “Ready For The Times to Get Better,” “Common Man,” “Dixie Road,” “Diggin’ Up Bones,” “I Got Mexico,” “Do You Want To Go To Heaven,” “Don’t Close Your Eyes,” and “Rose Garden.” In addition to recording individual tracks with Lorraine Jordan & Carolina Road, another highlight on the album is “Boogie Grass Band., which was originally released by Conway Twitty in 1978, but was re-arranged by Lorraine Jordan and Bluegrass singer/songwriter Ronnie Reno, who is the host of Reno’s Old Time Music, airing on RFD-TV. Listen closely, because this track is full of country music legends, all lend their vocals on this upbeat anthem.

Lorraine Jordan & Carolina Road have taken the Country Grass show on the road to please their fans and the audience will be taken on an emotional journey, with songs that hit the highest of highs and the lowest of lows. The band delivers tunes that will have fans singing along for days following the live shows. Country Grass members are strong supporters of supporting our military and showing our patriotism. Part of our show is dedicated to the military and Veterans. We perform all the military songs of each branch asking members in audience of each branch to stand while we recognize them. We also perform great freedom songs like America the beautiful, God bless America and God bless the USA.

The award winning Lorraine Jordan and Carolina Road’s self-titled album on Pinecastle Records was also a major success for the band. The single, “That’s Kentucky,” was number one multiple times on Bluegrass Today’s weekly and monthly airplay charts. The band came up big with awards from the Society for the Preservation of Bluegrass Music in America (SPBGMA) winning Song of the Year for “That’s Kentucky”, Lorraine Jordan took home Female Vocalist of the year (Traditional), and Ben Greene won Banjo Performer of the Year. The album is packed full of traditional bluegrass music, just the way fans of Lorraine Jordan and Carolina Road like it.

Coupled with a long tradition of providing only the best in bluegrass and acoustic music, Country Grass is an outstanding show for all audiences, with banjos ringing and fiddles playing to the country classics we have all come to know and love.

Lorraine Jordan has released a new video from her Country Grass series, an alternate track from her recent album of the same name.

The song is a bluegrass version of Ready For The Times To Get Better, a country hit… 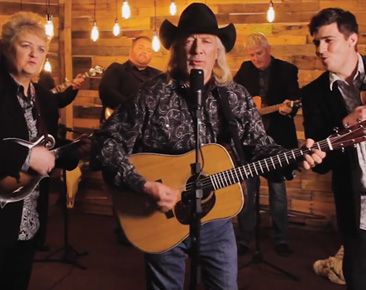 Lorraine Jordan has released yet another collaboration video from her current album, Country Grass. The record, consisting of grassified duets with top-selling country artists, has helped elevate her and Carolina Road to a new level of visibility within both bluegrass… 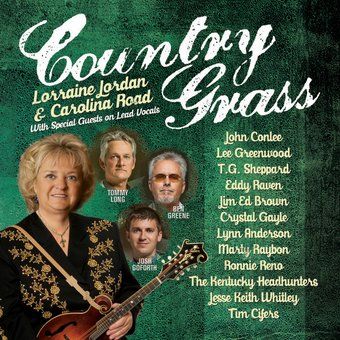 Florida country icon premieres a new video for the song, which was recorded with bluegrass group Lorraine Jordan & Carolina Road

In 1992, John Anderson released the album Seminole Wind, a project that landed in… 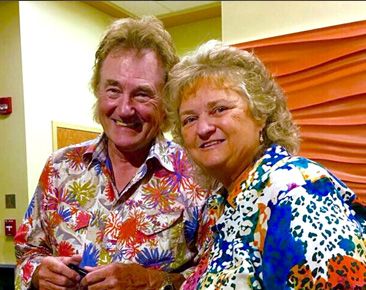 The venue is a public/private partnership of sorts, where the town of Rocky Mount works…

Lorraine Jordan & Carolina Road have paired up with TG Sheppard for a spunky rendition of "Do You Wanna Go to Heaven," and The Boot has the exclusive premiere of the accompanying music video.

Written by Curly Putman and Bucky… 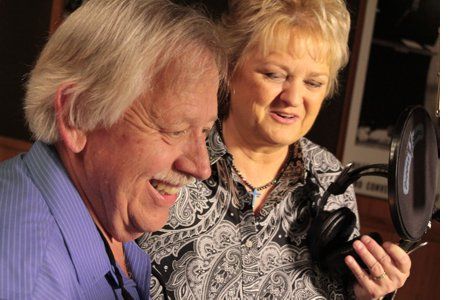 Lorraine Jordan & Carolina Road have released a new music video for Diggin’ Up Bones, one of 13 country hits which they have recut in a bluegrass style for their current Country Grass CD on Pinecastle Records.

Lorraine Jordan has been teasing us all with talk about her upcoming album, Country Grass, this past few months. It’s a concept record where she and her crack bluegrass band team up with some of the most celebrated singers in… 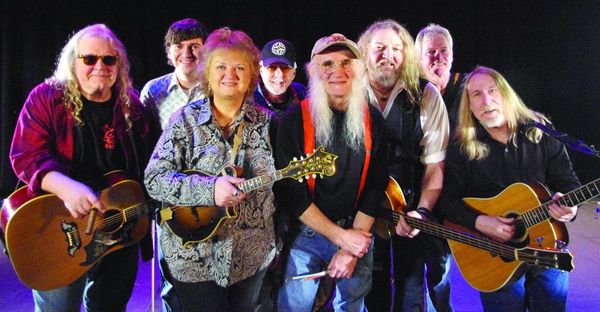 The Kentucky Headhunters joined members of the bluegrass band Carolina Road to film a music video on Thursday at the Plaza Theatre.

Book Country Grass For Your Event!